HAVE YOU BEEN ACCUSED? CALL ME FOR A STRONG DEFENSE 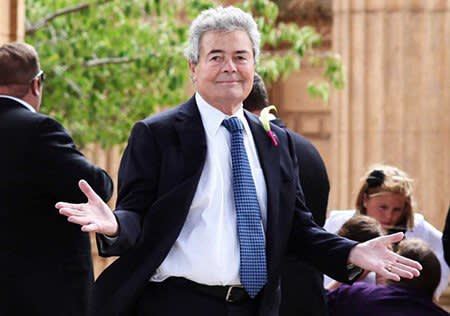 Patrick Sarsfield Hallinan (1934 - 2019) was the firm's founder. He was a nationally recognized trial attorney specializing in the litigation of complex civil and criminal cases in state and federal court. He practiced law in San Francisco for forty years since his graduation from Hastings College of the Law in 1962. Patrick graduated from the University of California, Berkeley in 1959 with an A.B. and highest honors in Anthropology and was awarded a Master's degree and advanced to Ph.D. candidacy in Archeology in 1970. He retired in 2015.

He was active in high profile legal and political issues involving the conflict between the exercise of governmental power and individual liberty throughout his life, as were his late father, trial lawyer Vincent Hallinan, his political activist mother, Vivian, his Irish rebel grandfather Black Mick, his cousin Eamon DeValera, president of Ireland, his mother’s cousin Giuseppi Garibaldi, liberator of Italy, and his brother Terence Hallinan, the recent reform-minded District Attorney of San Francisco. He began his social activism at age six by selling stamps in support of refugees of the Spanish Civil War. He delivered his father’s acceptance speech for the Progressive Party Presidential nomination in 1952 while his father was in jail on a contempt of court charge arising from his defense of labor leader Harry Bridges. During his father’s incarceration, Patrick traveled the country with Paul Robeson and W.E.B. Dubois in support of his father’s candidacy and the progressive movement. He was a leader in the free speech moment at Berkeley, directed the West Coast Mobilization against the war in Viet Nam, and, along with his entire family, was arrested in the San Francisco Auto Row sit-ins.

Patrick was named the leading criminal defense lawyer in the Bay Area in surveys by the San Francisco Examiner, and Attorney of the Year by California Attorneys for Criminal Justice and by the Drug Policy Commission of Washington, D.C. and has been a frequent speaker at various bar and legal functions. He has represented and tried cases for author Ken Kesey, San Francisco District Attorney Joe Freitas, California Court of Appeal Justice William Newsom, Congressman John Burton, Black Panther author Eldridge Cleaver, the Soledad Seven, San Francisco Sheriff Richard Hongisto, United States District Court Judge Robert Aguilar, and L. William Honig, former California Schools Superintendent. Pat was featured in the recent PBS series Frontline: Snitch in a documentary about the harmful effects of the government’s use of paid informants in the federal criminal justice system.