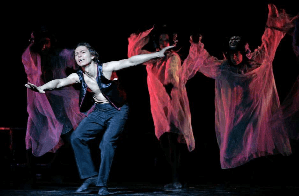 After about two days of deliberations, a Contra Costa County judge declared a mistrial Tuesday in the sexual assault case involving world-renowned ballet dancer and instructor Viktor Kabaniaev after a jury was deadlocked at 6-6, his defense attorney said.

“They felt the victims had credibility problems, and they could not convict my client,” Wine said. “I want to thank the jury for paying attention to the details.”